An early photo of the hall stage 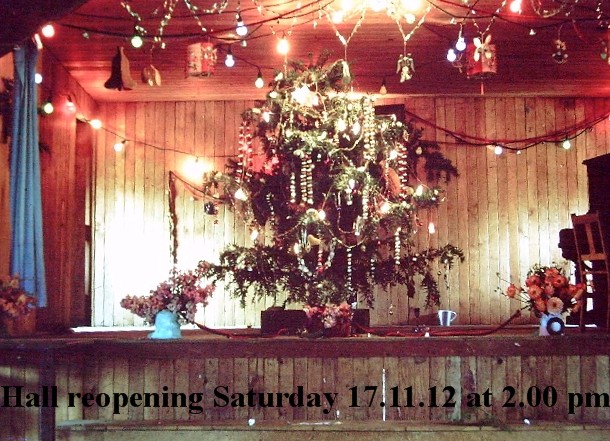 The builder may have finished but there is always those extra little things.

Michael, a local carpenter  (responsible for much of the extra carpentry done inside the hall), is  fitting the framework for one of the window hoods. He has provided his services at no cost to the Association.

The original window hoods being recycled as light covers.

All of the interior painting has been carried out by Al Scott and friends, all professional painters who have volunteered their time.

And the kitchen, close to finished. 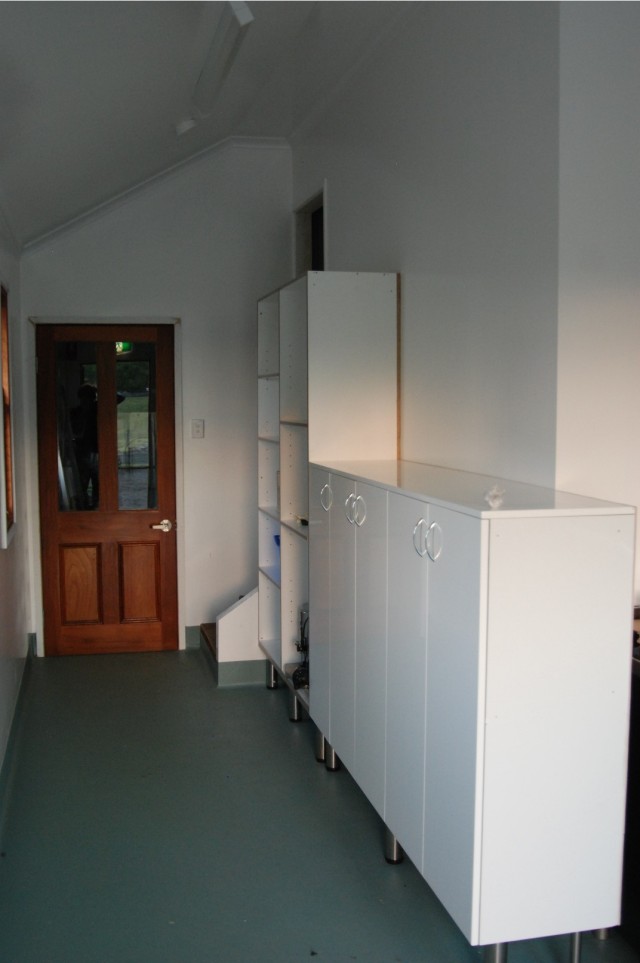 The stove is in it’s final position. John McKenzie (Building Committee) has connected gas to the stove.

Some more shelving between the sink and the window will complete the kitchen.

The painters have been at work spray painting the final paint coat in the toilets.

A lot of work in preparation and cleanup. 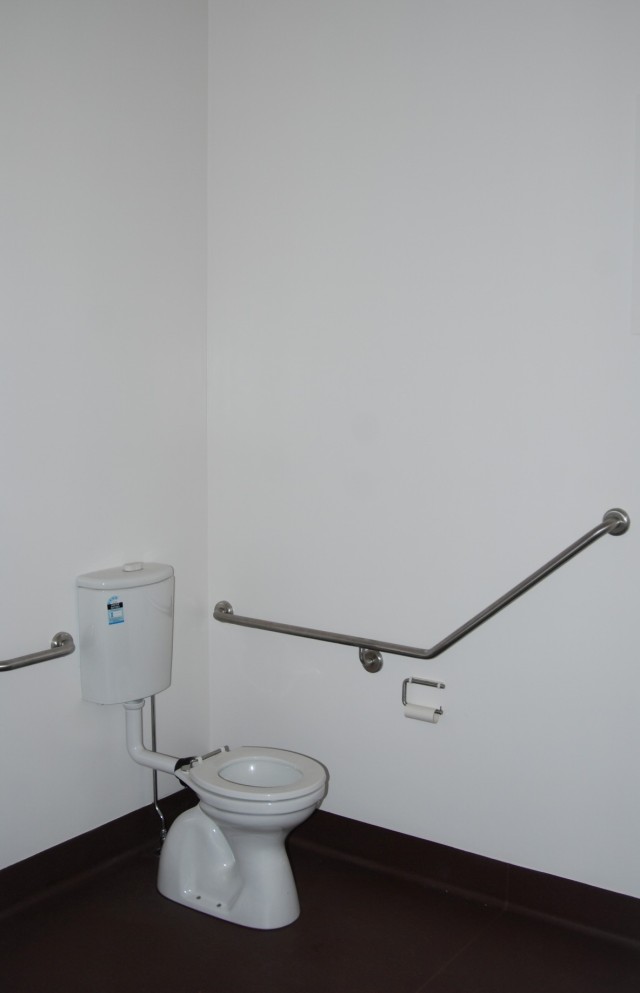 Toilet painting nearly complete, with only the doors to go. Ceiling vents have been fitted in all the toilet ceilings.

Light shades have changed the night-time look inside the hall and improved visibility in the daytime.

A final cleanup of the hall’s grounds by John Cutmore.

Door hardware has been fitted to all the hall’s doors.

John McKenzie has connected the roof sprinkler to the water supply.

And the sprinkler  works. There was some concern that the sound of the water falling on the roof may be a problem, but in the one test carried out, that was not so much of a problem, but the clicking of the arm of the impact sprinkler was, more testing is required.