The date of our Annual General Meeting (AGM) is a result of the timing of our financial year. Our financial year was determined when our Model Rules were adopted in 1992, which stated the period to be from the 1st January to 31 December of each year, and according to our Model Rules,  the Management Committee is required to hold the AGM within three months of the completion of that financial year.  This year our AGM was held on 25.03.10, at Kenilworth Hall – provided rent free by the Kenilworth Hall Management.

At this AGM,  most of the time available was taken up by the review of the year’s business, followed by the election of the President, Vice-president, Secretary and Treasurer for the coming year. This year, the only nominations for the management positions were from the previous officials of last year. These nominations were presented to the meeting who elected  Steve Walker as President, Rod Heading as Vice-President, Pam Engle as Treasurer and Dennis Woodford as Secretary. The existing Building Committee members will continue to assist in this coming year.

The process of application to Council for  building development will soon start, with a quoted cost (to be supplied by Lex Freiburg) of the building works required before the application can proceed.

The Obi Obi Rural Fire Brigade has submitted a specification for their proposed Fire Shed at the rear of the hall property.  The exterior of the building will be of an Australian shed style with horizontal wall cladding. 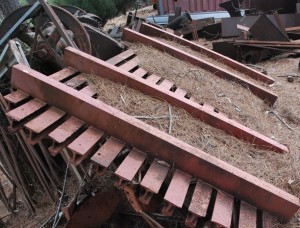 It is now at the Hall property awaiting installation by the Sunshine Coast Regional Council.